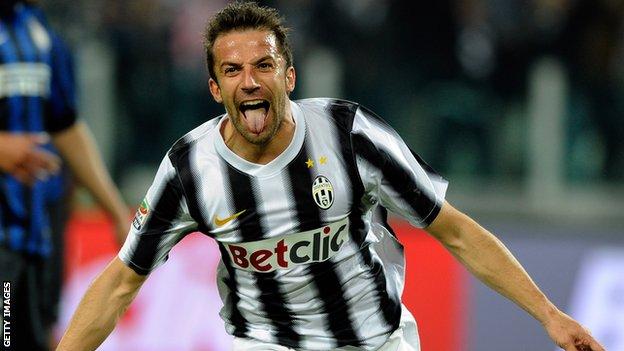 The 37-year-old forward has signed a two-year deal with the A-League club.

Del Piero left Italian champions Juventus in the summer after making more than 700 appearances for the Turin side.

He had recently been linked with a move to the Premier League before deciding to sign for Sydney.

Liverpool had reportedly shown an interest, although it is understood no approach was made, while Del Piero was also linked with a move to Southampton. Scottish champions Celtic were also interested, having held preliminary discussions with the Italian's advisors.

"I am extremely happy to be joining Sydney FC," said Del Piero.

"This is a very big moment for me because I want to continue my career in a new part of the world where I can make a major contribution and help grow the game I love."

Del Piero, who was capped 91 times for Italy, is the latest in a list of former stars to have moved to Australia.

The likes of Robbie Fowler, Romario, Juninho and Dwight Yorke have all previously played in the A-League.