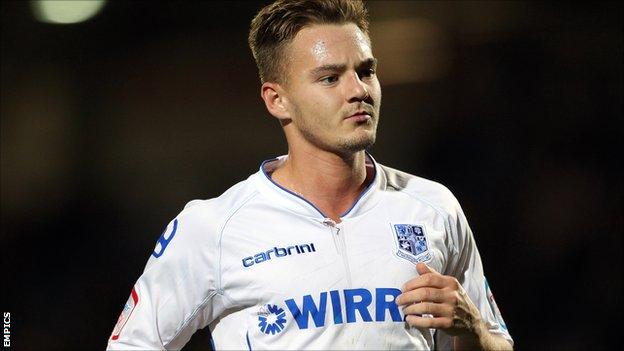 He has played just four times since Moore's return to Rovers in March.

McGurk told BBC Radio Merseyside: "I fractured my cheekbone in the game before he came in, so I missed his first eight or nine games last season.

"I had the hip problem in pre-season, but I'm feeling good now. I'm there to be called upon and hopefully I can get into that starting line-up soon."

The 23-year-old made his first start of the campaign in Tranmere's 2-0 defeat at Port Vale in the Johnstone's Paint Trophy.

Rovers, currently top of League One, face Crewe at the Alexandra Stadium on Saturday.