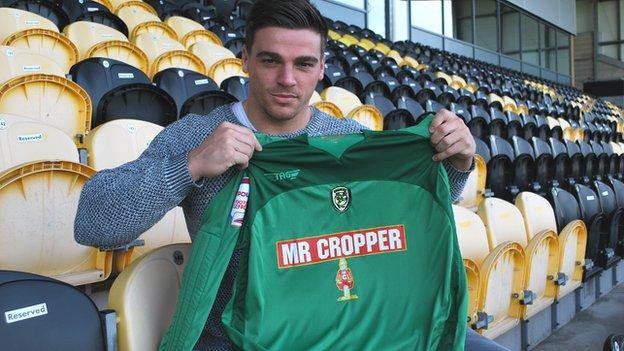 Tomlinson, who had a trial at Preston North End, has been a free agent since the end of last season after turning down a new offer at Port Vale.

There's a strong chance he will be involved pretty soon

The 27-year-old said: "Leaving Port Vale was a decision I made mainly to do with them being in administration.

"If I can impress the manager maybe we can work something out [long term] but it's a long time until Christmas so I won't count my chickens."

Tomlinson made 81 appearances for Vale after joining from Barrow in August 2010. and was expected to be the club's first choice keeper this season.

He is Burton's third first-team keeper following the summer signings of Ross Atkins and Dean Lyness and Brewers manager Gary Rowett says Tomlinson will come straight into the first-team reckoning.

"There's a strong chance he will be involved pretty soon," Rowett said. "He will come in and add some real competition there.

"Dean's one we have earmarked for the future and I just feel perhaps this will give us the opportunity to get him out (on loan) and get him some regular games."