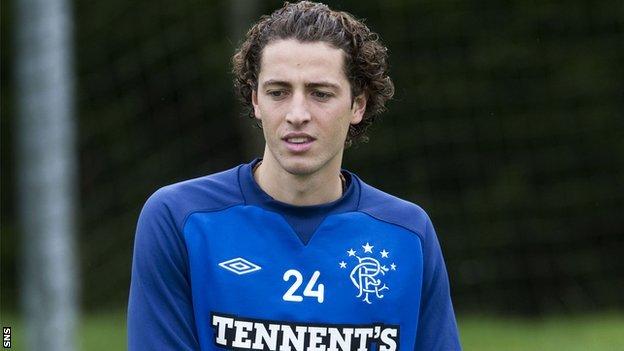 Francesco Stella aims to follow fellow Australians who have been a success with Rangers after receiving international clearance to sign a one-year contract at Ibrox.

The 21-year-old midfielder was registered ahead of the closure of the transfer window and the start of a 12-month signing ban for the Glasgow side.

"I'm happy to be the latest Australian to come to Rangers."

Rangers were in the Scottish Premier League when Stella's countrymen played at Ibrox, but they are now in Division Three after a summer of financial problems.

However, Stella told Rangers' website: "It's a great move for me to join such a big club and I can't wait to get started."

Stella, who has Italian parents, had a three-year spell with Siena after starting in the youth system at Chievo.

"I had a few problems with Siena," he said. "I had another year of my contract to run, but we came to an agreement and I was a free player.

"Unfortunately in Italy, they don't tend to use young players, so I never made my first team debut, but it was nonetheless a good experience to train with a Serie A club.

"I played for the under-21 side and then I went on loan and played in the Third Division and that was good experience too."