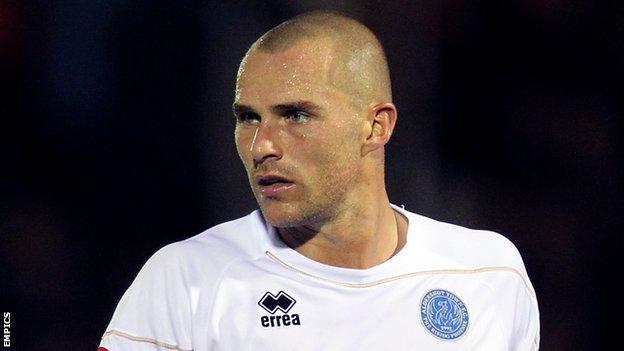 The Shots have only kept one clean sheet so far this season.

He told BBC Surrey: "As you go into a season you want a settled back four but there's been a bit of chopping and changing with people getting injured.

"Sometimes you can't help but concede. It's not nice to say but if people get runs at set pieces and score, it's down to the individual."

The right-back, 27, added: "Attacking and defending comes from the whole team. It's not just from the back four.

There are some good games coming up for us. We need to get the monkey off our back and get our first home win

"We're all in it together."

The EBB Stadium outfit have only picked up three points from their opening four games in League Two but Herd is not concerned by their start to the campaign.

"I personally don't look at the league table until about February," he continued. "It's a bit false looking at it at this stage in the season.

"We need to give the fans some good attacking football and see where it takes us.

"We just need to get that momentum going again."

The 20-year-old scored 16 goals in 34 appearances during a spell with the Hampshire side last season.