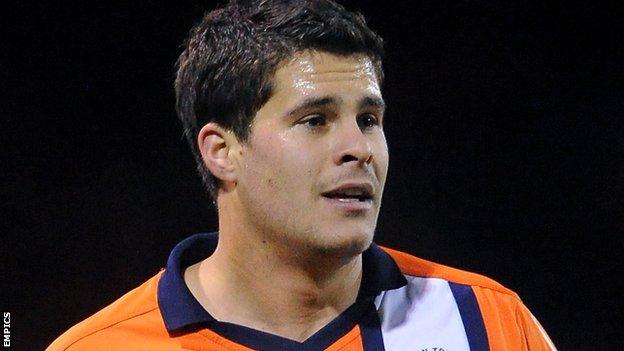 Danny Crow struck twice as Newport defeated Barrow 3-0 to go back to the top of the Blue Square Bet Premier.

Newport took the lead just before half-time as Lee Evans unleashed a fierce shot into the top-left corner.

The visitors doubled the lead 20 minutes from time when Crow hit a thunderous 35-yard drive into the goal.

Newport made the points safe when Crow headed in Andy Sandell's inswinging corner, but Crow missed a penalty after Ben Swallow was fouled by Mike Pearson.

The game was delayed by an hour and 15 minutes because the referee was stuck in traffic.

"I thought we were magnificent today. From start to finish we played some excellent stuff and thoroughly deserved our victory.

"Prior to us taking the lead the crucial part was Lennie Pidgeley's save, he made a great save just before half-time and it would have been unjust if we had gone behind.

"Aaron O'Connor has taken a lot of the headlines of late and rightly so, but Danny Crow has been in the background with a lot of good play of late.

"We're just absolutely delighted he's got off the mark today, obviously the gloss taken off by the penalty miss - the ball is still going out of the ground now! - but the first goal typifies what he's all about."