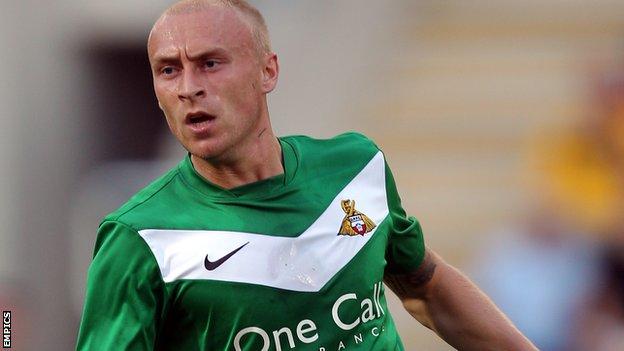 Doncaster Rovers secured a third win of the season and consigned Colchester United to the bottom of League One.

Midfielder David Cotterill grabbed an early lead for the visitors with a looping shot from the edge of the area.

Colchester levelled on the half hour when defender Magnus Okuonghae's deflected shot went in off the post.

However, Rovers restored their lead just after half time when midfielder Andrew Bond headed a Cotterill free-kick into his own net.

"We started the game brilliantly. In the first 15 minutes we played some great football.

"We made a few chances, scored a great goal and we might have taken a step back.

"I changed the formation today, so we weren't as vulnerable in the centre of the pitch and to delay the counter attacks.

"I assigned that back four especially for what happened today."