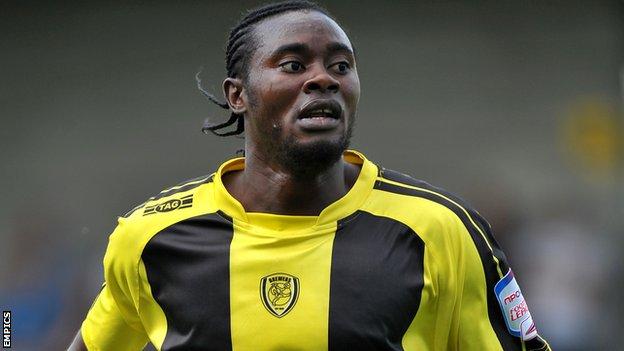 The scoring began when Zola volleyed home before turning provider for Maghoma to double the lead with a 20-yard shot into the top corner.

Maghoma curled in the home side's third from a free-kick.

One minute later, he supplied a cross for Zola to strike home his second volley of the afternoon.

"We can't hide away from the fact that that is certainly not good enough from us all.

"It's the most disappointing 45 minutes I've seen, we just didn't compete. We showed a little bit of reaction and got ourselves back into the game but made another poor decision.

"In four and half years it is the most disappointing afternoon I've had at the football club.

"It was disappointing to lose Jake Forster-Caskey to injury in the week because he has been fantastic for us. Up to the goal it was okay, but the first goal changed the aspect of the game.

"The main thing I always say about my teams is that they compete and work hard and you have to have those two things to win anything and we didn't today.

"We've got a lot of work to do and we need to get out of this quickly as we have a local derby in the week and there are a lot of questions being asked in that dressing room."