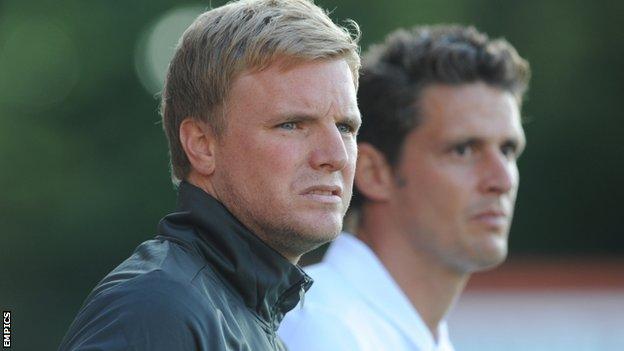 Burnley hit three late goals to take victory and leave Peterborough bottom of the table after their worst ever start to a league campaign.

Burnley opened through Chris McCann and a Michael Bostwick own goal - later given to Charlie Austin - either side of strikes from Lee Tomlin and Nathaniel Mendez-Laing.

But Austin scored two more to put the home side in control.

And Junior Stanislas then grabbed a fifth to leave Posh four points adrift.

Austin's first strike, initially recorded as a Bostwick own goal, was later handed to the Clarets striker following an appeal from his club, handing the 23-year-old a hat-trick and his seventh goal of the season.

Peterborough responded well and their pressure paid off when they were awarded a penalty and Tomlin calmly slotted home.

However, Bostwick put the ball into his own net from six yards out to bring Burnley level and the home side went ahead when Austin fired in from 18 yards after fine work by McCann down the left flank.