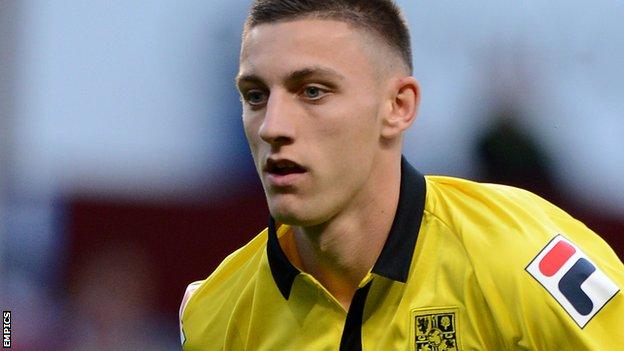 The game burst into life when Cassidy struck the ball home with the outside of his right foot from deep in the box.

Robinson then worked a one-two move with substitute Joe Thompson before finding the net from inside the area.

"I can't praise my team enough. We weren't at our best but we competed really well.

"They are a good side and they're going to be very close to getting promotion this season.

"It looked nailed on that it was going to be a mistake, but it happened to be a great bit of football for the first goal."

"I felt we had done enough to get something out of the game today, but I'm standing here sounding like a broken record because it's been like that for the past couple of games.

"We didn't take our chances, we conceded two stupid goals and that is us in a nutshell at the moment.

"I can go through all of the usual stuff, but I'm disappointed. We conceded ridiculous goals, two schoolboy errors."