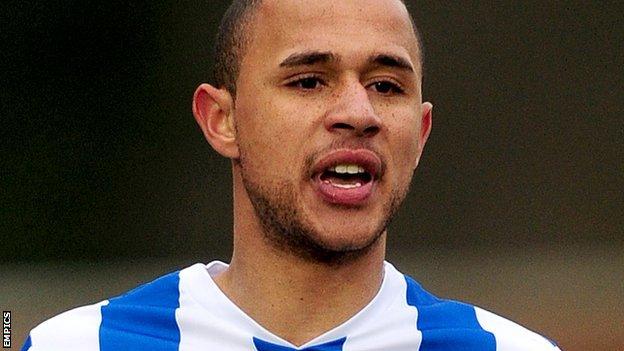 High-flying Port Vale stretched their unbeaten League Two run to four games as they came back to win at Home Park.

But, having trailed 1-0 at the break, Ashley Vincent earned a 66th-minute penalty, coolly converted by striker Jennison Myrie-Williams.

Home skipper Darren Purse thought he had pulled a goal back but his header was cleared off the line by Loft.

Vale's run of 10 points from a possible 12 lifts them up to second in League Two - three behind leaders Gillingham, Adams' old club, who they host next Saturday.

"We're a little bit shell-shocked. We've come out of that thinking 'how did we lose that one'?

"We controlled the game in the first half, played some really nice stuff, got a deserved lead, tried to push on second half and almost got sucker-punched a little bit.

"It was just disappointing to lose the goals in the second half. We spoke to the players about doing the right thing whether you're winning or losing.

"It's hard to put your finger on [what went wrong]. Losing goals makes a difference obviously."