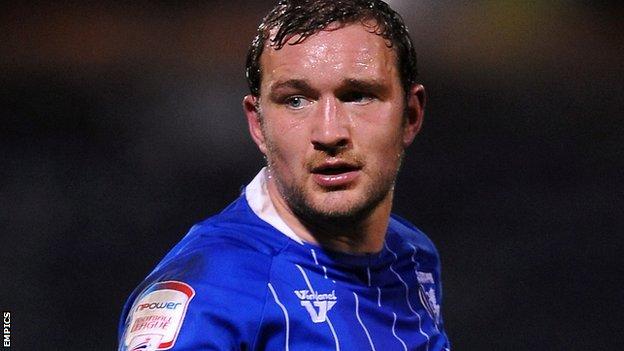 Gills, who scored three of their goals in the first half, took the lead through Danny Kedwell's penalty, after he was fouled in the box by Tom Parkes.

The striker then made it 2-0 with a close-range header before Charlie Lee nodded in a third before the break.

Pirates striker Matt Harrold had been forced off in the first half after a clash with Gills keeper Stuart Nelson.

"We played well, such a fantastic start, the players applied themselves early on and took the chances when they came.

"In a funny way it was difficult, when you go ahead early you can get complacent and you can ease off.

"It was good to get a clean sheet, four goals, so good news.

"It's a good overall atmosphere, the players have respect for each other, I just do the best I can do."