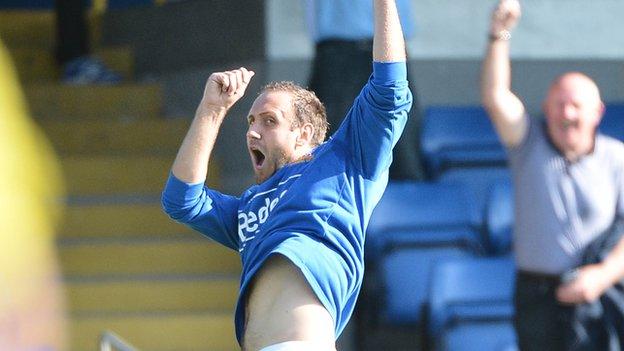 Glenavon secured their first league win of the season thanks to a Guy Bates strike against in-form Crusaders.

Crues keeper Sean O'Neill produced a point-blank save from Conor Hagan's effort before keeping out a Gary Hamilton overhead kick.

Bates scored the only goal on 57 minutes, turning marker David Magowan before blasting past O'Neill.

Andy McGrory thought he had made it 2-0 but the referee ruled that the ball had not crossed the line.