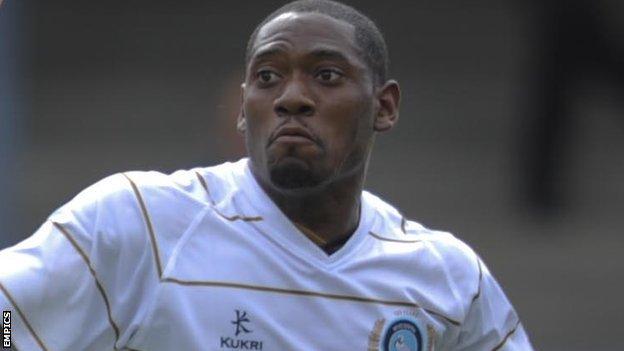 Wycombe Wanderers forward Dennis Oli is facing a spell on the sidelines after damaging ankle ligaments.

The 28-year-old was carried off on a stretcher after 21 minutes of Saturday's 1-1 draw with Cheltenham.

"Den could be out for a number of weeks," manager Gary Waddock told BBC Three Counties Radio.

Oli joined the Chairboys from Gillingham during the summer and is still looking for his first goal after four appearances for the club.