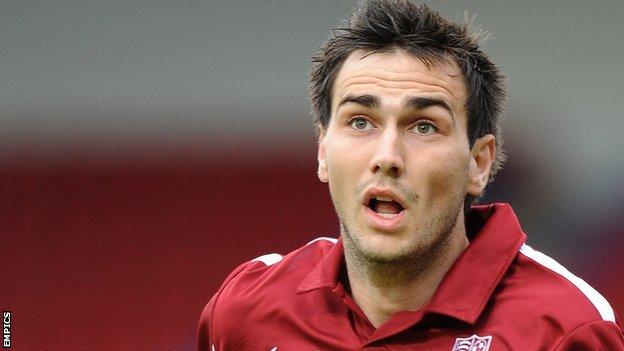 Burton Albion striker Matt Paterson says scoring the winning goal against Rochdale on Saturday was a special feeling after a difficult two years.

Paterson, who signed a six-month deal in the summer, fell out of favour at his last club Southend and his appearance against Dale was only his second start this year.

"It's been a long time coming for me," the 22-year-old told BBC Radio Derby.

"It's about enjoying your football and I've really enjoyed my last two games."

He added: "It's only my second start of 2012, so it's nice to get my rustiness away and get my first goal.

"It was set up perfectly for me and it was lovely to slot it in the corner."

Paterson began his career at Southampton before joining Southend in 2010.

But he failed to win a place at Roots Hall and also spent time on loan at Stockport County, Hamilton Academical and Forest Green Rovers before signing for Albion.