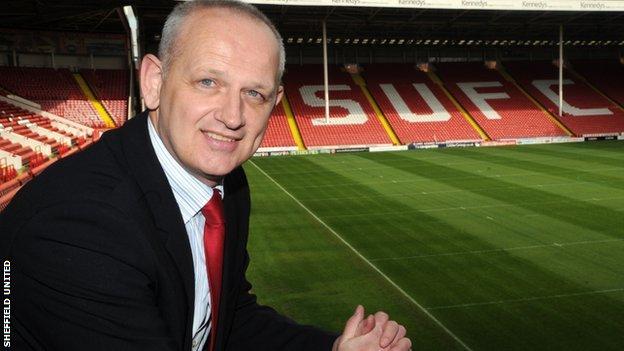 Sheffield United chief executive Julian Winter has left Bramall Lane after one year at the League One club.

The former Huddersfield player joined the Blades in September after stepping down from the same role at Championship side Watford in June.

He spent two and a half years in the position with the Hornets.

Blades chairman Kevin McCabe said: "I'd like to place on record my sincere thanks to Julian for his efforts and dedication whilst serving the Blades."

McCabe revealed after the League One play-off final defeat by the Terriers that the club would need to cut its budget, leading to a number of players leaving the club.

Matthew Lowton and Stephen Quinn were sold to Aston Villa and Hull City respectively, while Nick Mongomery had his contract terminated and 11 players were released.