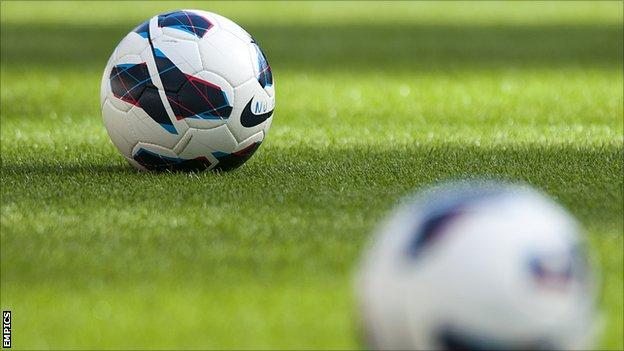 Tony Hesketh has thanked Lancaster City fans for their support since his dismissal as manager.

Hesketh, who was approaching the end of a spell on sick leave, was relieved of his duties on Monday.

He told BBC Radio Lancashire he has been "overwhelmed" by the messages he has received from fans since his departure was announced.

"What I would urge them to do now is not to turn on the club. They've got to support the team," said Hesketh.

He continued: "I've got a special affinity with these people and a lot of them are personal friends. They're a great bunch and I'm delighted they've supported me.

"I want to say to them 'Thanks for your support, it's overwhelming, but please go back, support the football team and get behind them'."

In a statement the board of the Evostik Premier Division One North League club said: "During the course of Tony Hesketh's enforced absence, our squad structure and playing policy changed in a way that was not only necessary to enable us to start the season but also, the directors believed, more beneficial to the longer term future of Lancaster City.

"Unfortunately, this change in approach does not align to Tony's way of thinking.

"Despite attempts to reconcile the two positions, it has regretfully been decided that Tony will not be returning to the club as manager."