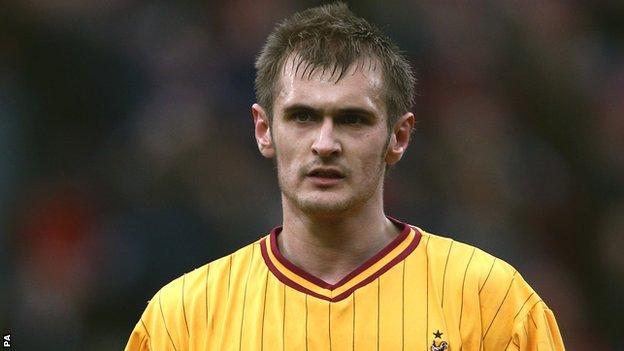 Bradford City maintained their 100% home record with a win that ended Morecambe's unbeaten away run.

James Hanson put the hosts in front a minute before the break when he turned neatly and fired a low shot past keeper Barry Roche from the edge of the area.

Bradford's fourth consecutive home win moved them up to fifth place in the League Two table, while Morecambe slip to 17th.