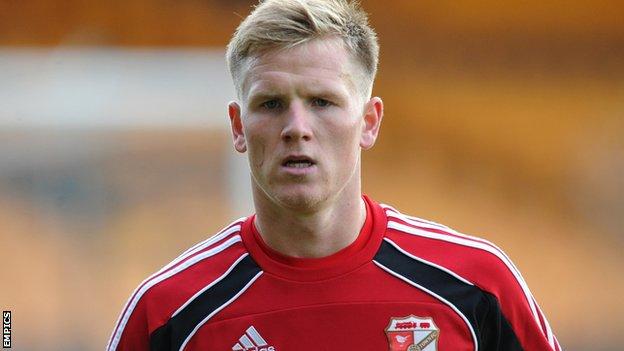 Matt Ritchie scored against his former side and Andy Williams hit his first goal as Swindon defeated Portsmouth.

Swindon started well and James Collins saw several shots either saved or cleared off the line before Ritchie beat Mikkel Andersen at his near post.

And Williams doubled their lead after finding the top corner of the net.

But Pompey rallied late on and hit the crossbar and post before Lubomir Michalik pulled one back with a header but Swindon held on for victory.

"I'm not sure how we've come away with nothing from the game, I think we contributed to what I thought was a really good game of football.

"It was quick, a lot or energy, a lot of good play, a real end-to-end game. I thought we were worth a point at least.

"For me it was probably as good as we've been for four or five games. I thought we passed the ball really well, we looked a threat, so that gives me a lot of belief."

"I'm not happy. In the last 10 minutes they remained Portsmouth and didn't become Barcelona.

"We risked the result because of 10 crazy minutes.

"At 2-0 up we shouldn't be switching off and putting it under risk and let the opponents create four clear chances.

"We dominated for 80 minutes. They need to find the mentality I brought in last year."