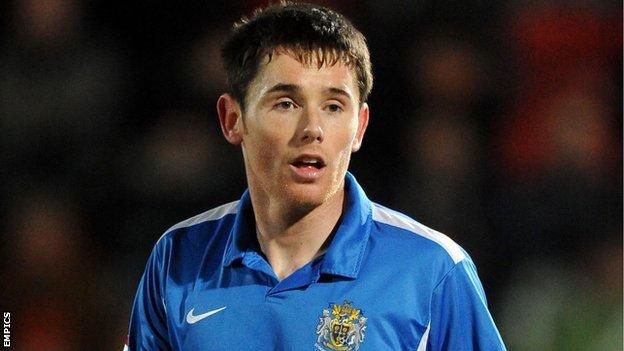 Stevenage moved up to second in League One with victory over Walsall.

The hosts went ahead as David Gray's long pass was well controlled by Robin Shroot, who fired across David Grof into the bottom corner.

Greg Tansey's 30-yard strike into the top corner put Stevenage in front again and the midfielder set up Lucas Akins for a back-post volley to seal the win.

"I'm very, very pleased. After the disappointment of drawing the previous three home games and not being able to give our fans the opportunity to enjoy a victory at home, the guys were desperate to make that happen.

"I thought it was a really good game - of course, there's always emotions for your own team because you want to get in front and you want to win the game, but looking back on it, there was some very good football played by both sides.

"They did well for their goal but I'm disappointed because there was a missed challenge and then an easy cross that was worked in and they were back on level terms, but we showed good character to get back in front again."