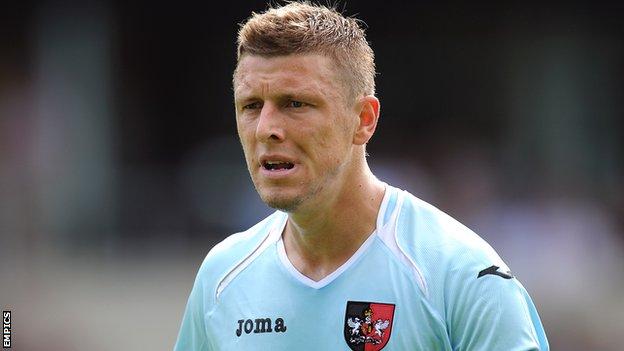 Gareth Ainsworth's deflected 25-yard drive put the visitors ahead before Jimmy Keohane, on his Football League debut, set up Arron Davies to level.

Wycombe went ahead again when Joel Grant crossed for Dean Morgan to nod in at the back post.

"The players did very well and we should be coming away with something from the game.

"Unfortunately, we're not, but we now have to continue to perform at this level.

"We have to be consistent. The players have to take care of the performance - that's their job - and the results will then come.