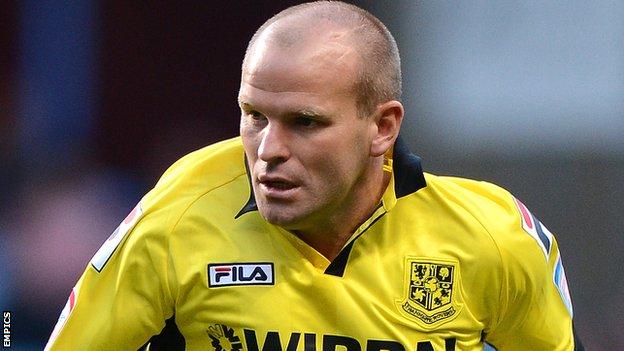 Robinson put the hosts ahead with a spot-kick fired down the middle after Marcus Marshall upended Danny Holmes.

Tranmere's leading goalscorer took his tally to six as he sent Trevor Carson the wrong way with his second penalty after Jean-Louis Akpa Akpro was fouled.

Jake Cassidy's shot from inside the penalty area wrapped up a fifth victory of the season for the hosts.

Bury had the better of the opening stages with Efe Sodje and Stephen Schumacher both going close.

Akpa Akpro, who in the summer, had two chances to give the home side the lead, but the 27-year-old saw his spectacular volley saved by Carson and he was also left frustrated after a 40-yard run.

After Robinson's spot-kick gave the hosts a first-half lead, Tranmere's leading goalscorer came close to getting his second but Carson twice came to Bury's rescue with good saves after the break.

Craig Jones had the visitors' best chance of the second half but his shot was saved by Owain Fon Williams, before Robinson's second penalty and Cassidy's strike secured Tranmere their best start since the 1930s.