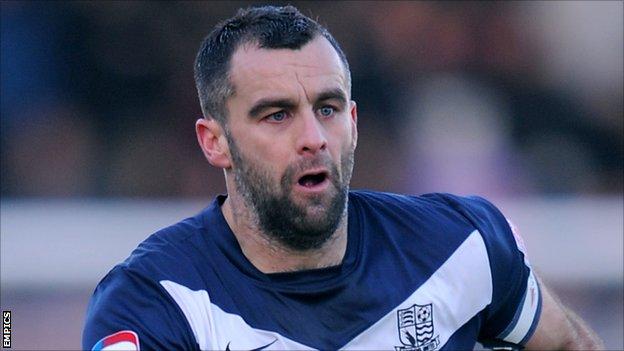 Southend United defender Chris Barker is happy with his side's return to form, but says it must be extended.

The Blues failed to win in their opening four games, but won three matches in eight days last week, and now sit 13th in League Two.

"We're going to play harder teams as well, if I'm really being honest. A week doesn't make a season."

The Essex side now face two matches against teams above them next week.

They visit Cheltenham Town on Saturday before travelling to early season pace-setters Gillingham the following Tuesday.