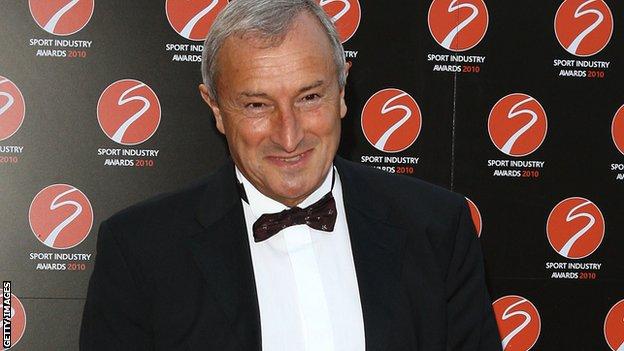 Television presenter Jim Rosenthal has resigned as a director of Oxford United with immediate effect.

It means Lenagan and his sons Simon and Adrian are the only remaining board members at the Kassam Stadium.

"I offer my continued support to Chris Wilder and the team and will support home and away as I have done for more than 50 years," said Rosenthal.

"I will not be making any further comment at this stage."

His son, comedian Tom Rosenthal, said on Twitter: "He's gutted, loves the club and will always be a fan but it was always him and Kelvin Thomas really."