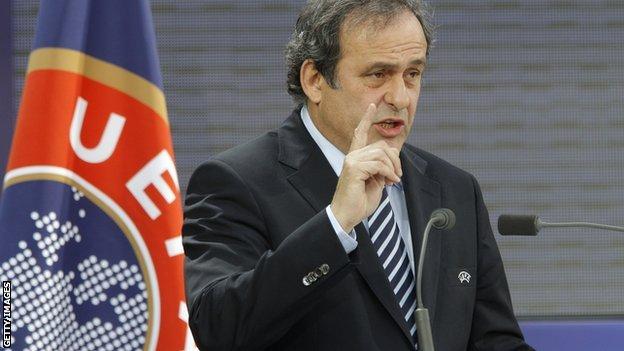 Uefa has imposed its first financial fair play sanctions by temporarily withholding prize money from 23 clubs for failing to comply with the rules.

Europa League winners Atletico Madrid, Malaga, Sporting and Fenerbahce are among those under scrutiny.

Clubs face further investigation because of overdue payments to other clubs, employees or tax authorities.

European football's governing body introduced the rules to force clubs to operate within their means.

The 23 clubs have been given a deadline of 30 September to prove that their finances are in order.

Teams playing in all Uefa club competitions have been monitored since the start of the 2011/12 season.

112 comments
Back to top
unknown