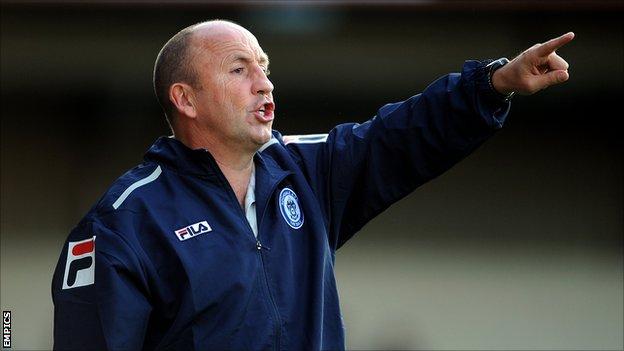 Manager John Coleman says Rochdale must significantly improve results quickly, or risk not being part of the battle to win promotion from League Two.

Dale are 16th in the table after losing 1-0 at home to Burton on Saturday.

Coleman, who left Accrington for Spotland in January, could not save the club from relegation to the fourth tier earlier this year.

"They've had a torrid 12 months and they don't deserve what they're putting up with. They're being taken from one extreme to the other.