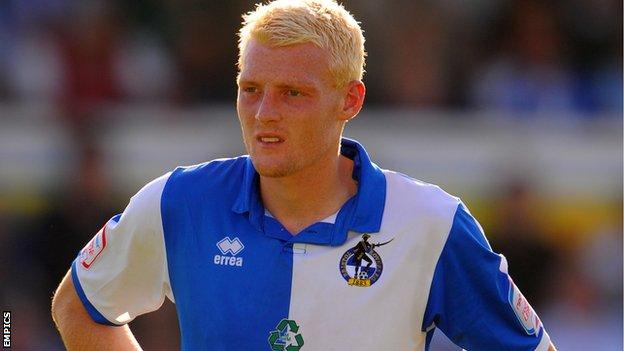 Bristol Rovers defender Cian Bolger is likely to be sidelined for three months with a cruciate ligament injury.

The 20-year-old rejoined the Pirates on loan from Leicester last month - his third spell at the Memorial Stadium - and signed until January.

He incurred the injury in his first league start since his return - in the 2-2 draw with Wycombe on Saturday - and could now be out until Christmas.

"I think he injured himself being as committed as we had asked him to be.

"He showed where his commitment lies, and it's a great shame for him to be out at this moment in time."

Bolger has made a total of 50 appearances for Rovers over the past two seasons, but has yet to play for his parent club.

"The prognosis is that he will be out for three months and we hope he will make a full recovery and be back playing by Christmas, fingers crossed," added McGhee.

"He will go back to Leicester for his rehab and, hopefully, be back here before his loan period expires."

With fellow defender Garry Kenneth nearing a return from injury, McGhee confirmed he is unlikely to bring in a loan replacement for Bolger.