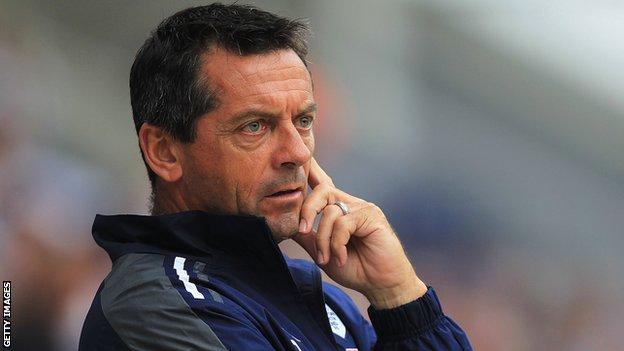 Phil Brown is to be interviewed for Coventry City's vacant managerial post.

The Sky Blues are understood to have created a shortlist of nine managers to be interviewed this week for the vacancy left by Andy Thorn.

And former Hull manager Brown, 53, who has been without a club since leaving Preston North End in December, is among the candidates for the job.

Coventry have yet to confirm whether a new manager will be in place for Saturday's match against Tranmere.

However Brown would be available to move to the Ricoh Arena immediately, without the need for the Sky Blues to pay compensation to take him out of a contract with another club.

Brown has joined a list of managers to be linked with the Coventry vacancy which includes Dennis Wise, Kevin Blackwell and Oxford United manager Chris Wilder.

Richard Shaw and Lee Carsley will remain in charge of the Sky Blues on a caretaker basis until a permanent manager is appointed.