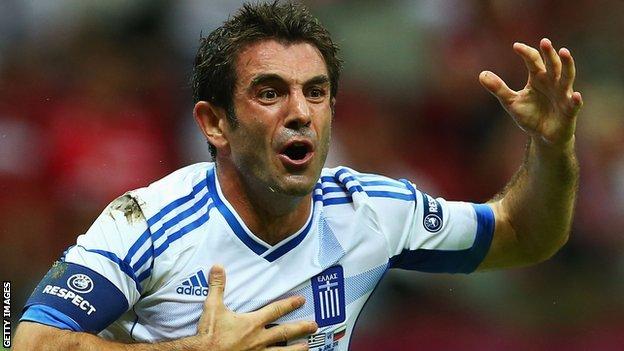 Fulham have signed veteran Greece international midfielder Giorgos Karagounis on a free transfer, handing the 35-year-old a contract until the end of the season.

Karagounis, capped 120 times for Greece, was a free agent after failing to agree terms with Panathinaikos.

His 17-year career includes spells at Inter and Benfica.

"I'm looking forward to working under Martin Jol and playing alongside some fantastic players," he said.

Cottagers boss Jol added: "Giorgos Karagounis has a wealth of club and international experience and I'm happy that he's joined us for this season.

"He's been an influential player for his club sides and is a renowned player in world football as he's about to become the most capped player for Greece.

"He brings many certain qualities to our squad."

Karagounis was part of Greece's Euro 2004-winning side and captained his country at Euro 2012.