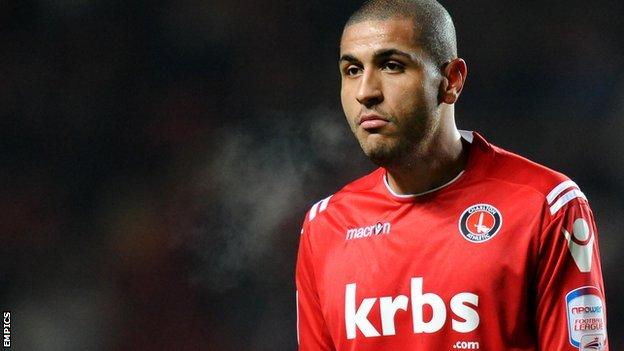 Scunthorpe loanee Leon Clarke does not believe he has a future at parent club Charlton Athletic.

Clarke, 27, joined the League One club on a three-month loan last Friday and scored on his debut in the 1-1 draw with Sheffield United on Saturday.

"I don't think I have a future there," he told BBC Radio Humberside.

"The manager said when I went there that if I got in and played well then the shirt was mine to keep but I don't think I've had the opportunity."

The former Wolves and Sheffield Wednesday man joined the Addicks from Swindon last January but only started one game and was sent out on loan to Crawley in March.

Having scored four minutes after coming on as a substitute on Saturday, Clarke is looking to make an impact during his time at Glanford Park.

"I got a call from the Charlton manager on Thursday saying Scunthorpe were interested and I jumped at the chance," he added.

"At any new club you want to hit the ground running and it breathed some confidence into me, which was nice.

"My match fitness isn't as high as I'd like it to be because I haven't played this season but hopefully I can train well and get in the team soon."