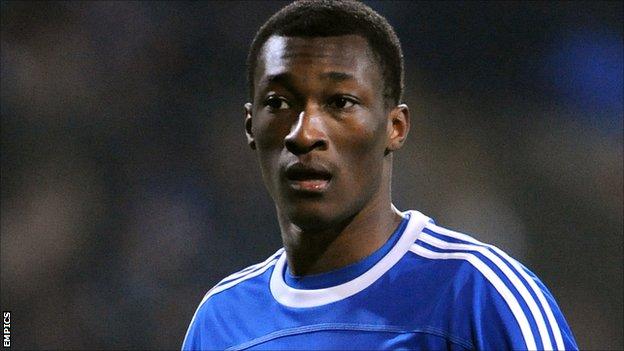 Barrow have parted company with former Macclesfield striker Vinny Mukendi one month after his move to Holker Street.

The 20-year-old made four appearances for the Bluebirds before joining Tamworth on a loan deal, which is now also terminated.

A club statement said: "Mukendi had been on loan at Tamworth but has had a few personal issues and would prefer part-time training at present.

"Barrow are grateful to Tamworth for their understanding in the matter."

Mukendi was released by Macclesfield in June with 70 professional appearances to his name in all competitions, scoring eight goals.

He enjoyed two loan spells at the Bluebirds' divisional rivals Southport during his time at the Moss Rose.