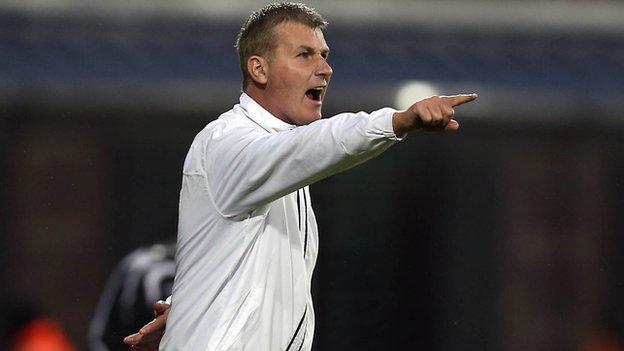 Former Derry City boss Stephen Kenny has been sacked by Shamrock Rovers nine months after being appointed manager of the Tallaght club.

However, Rovers lie fourth in the standings following Monday's 1-0 home defeat by Bohemians.

Kenny took Dunfermline to the Scottish Cup final in 2007 before returning for a second spell at Derry.

"We have not taken this decision lightly and we are extremely disappointed with the turn of events," said Rovers chairman Jonathan Roche.

"However, the club feels that this is the right decision at this time, and attention now turns to Friday night's FAI Ford Cup game against Shelbourne and identifying the next manager of Shamrock Rovers."

Assistant manager Stephen Glass has been named as caretaker boss.