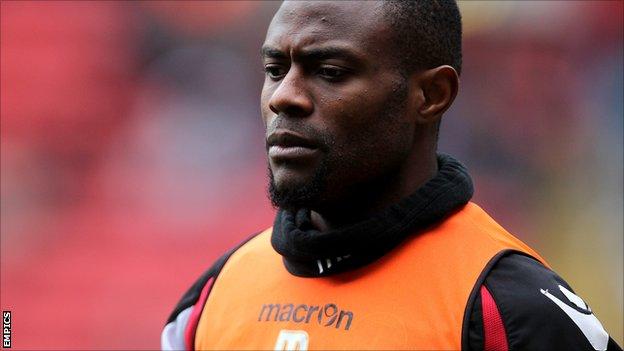 Akpo Sodje has signed a extension to his contract at Preston North End.

The striker's short-term deal was due to run out after the League One game at home against Crawley Town on Saturday.

Sodje has scored four goals in six games this season and manager Graham Westley was keen for him to stay at Deepdale beyond the weekend.

"Akpo's going to be here for the foreseeable future. Any player on a short-term contract at this time of year can't move anywhere else anyway."