What do you know about CFR Cluj?

For Manchester United's Champions League opponents on Tuesday the match in Romania has been described as "one of the most important in the history of the club".

Sir Alex Ferguson's men overcame competition newcomers Otelul Galati both home and away last season and, for a second successive year, they travel to eastern Europe to face Romanian opposition.

CFR Cluj manager Ioan Andone, a former international defender who won 55 caps for Romania and played at the 1990 World Cup in Italy, was manager of Dinamo Bucharest when Ferguson's team beat them in the qualifying round of the 2004-05 Champions League. 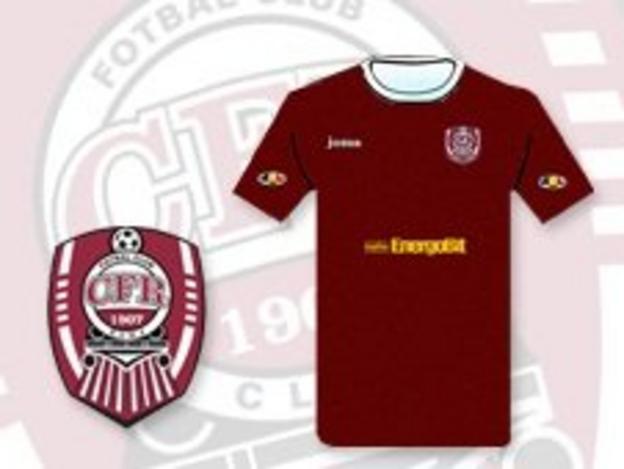 And he told BBC Sport: "It is an honour to play against a team like Manchester United.

The Railwaymen are not entirely unfamiliar with the Champions League, playing in the group stages in 2008-09 and 2010-11. They managed to take a point off Chelsea four years ago, but finished bottom in both their campaigns.

It could be a different story for them this time round, sitting top of Group H on goal difference after starting off with an impressive 2-0 victory at Braga, while United edged past Galatasaray 1-0.

"We are in a very strong group," Andone added. "But we have very experienced players who played in the Champions League group stage twice before."

Gabriel Chirea, a journalist at Romanian newspaper Libertatea, picks out the players Sir Alex Ferguson's men will need to keep an eye on: 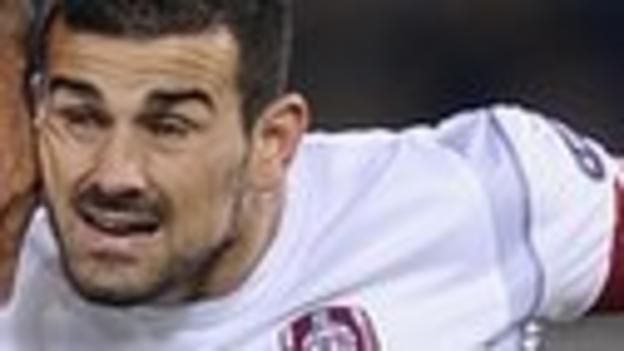 Ricardo Cadu. "The 30-year-old central defender has been at Cluj since 2006 and become an integral part of the first team. Captain of the club, he has lifted all eight trophies that the side has won since 2008. He has grown to have so much influence that the president and manager consult with him before making new signings. He scored against Bayern Munich in the group stages of the 2010 Champions League." 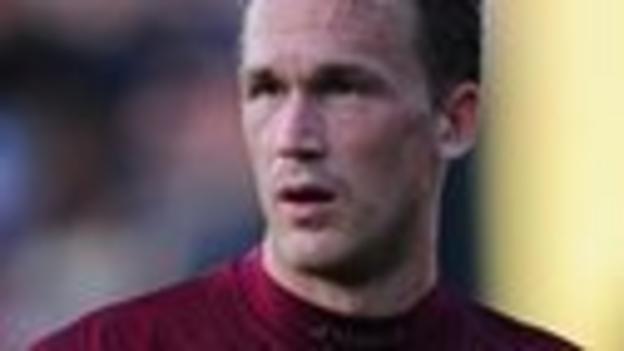 Pantelis Kapetanos. "The Greek striker, aged 29, was part of his national side's squad at the 2010 World Cup. Previously played for Steaua Bucharest, where he won the Romanian Cup. Kapetanos is a player who is strong in the air and scored 12 league goals last season to propel the club to their third Liga I title. Not the best technically, but a fox-in-the-box type of player." 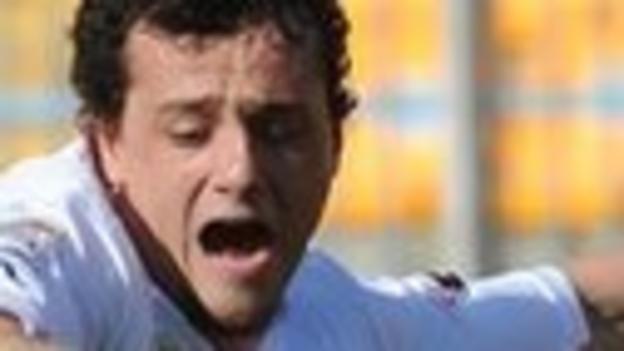 Matias Aguirregaray. "The club pulled off a transfer coup when they signed this 23-year-old from Uruguayan side Penarol. Having spent last season on loan at Palermo, he was linked with a move to Inter Milan. A very quick and strong individual who can play at right-back or right midfield."

Andone will be hoping that his team can surprise United with fast, devastating attacks - and is candid on the subject of how his team will line up against Ferguson's men.

"Cluj usually play in the 4-4-1-1 formation, with a short passing style and a big skill of ours is the counter-attack play, because we have players with quick speed and quality on the wings," said Andone.

"We hope we can win, but it is very important how many points we will manage to gain in the first three games."

Despite winning their first match in the Champions League, Cluj are not in the best of form in their domestic league, lying in fifth position with just four wins from 10 games, although they did claim a confidence-boosting 5-1 home win over Gloria Bistrita on Saturday.

Fotbal Club CFR 1907 Cluj, or CFR Cluj as they are more commonly known, were formed in 1907 in the north-west of Romania.

Having largely competed in the lower divisions of Romanian football, the club was taken over by businessman Arpad Paszkany in 2002 and achieved promotion back to the Premier Division at the end of the 2003-04 season. 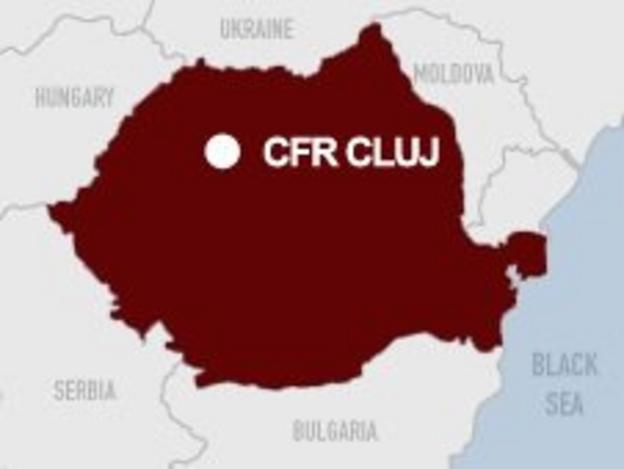 Since then, the club - whose top players earn about £400,000 a season - has gone on to enjoy the most successful period in its history, winning Liga I three times.

In doing so, they became the first club outside the capital Bucharest to win the domestic title in almost two decades and have also gone on to win the Romanian cup three times and the Romanian Super Cup twice.

United fans will make the 1,200-mile journey to the city of Cluj-Napoca, a part of Austria-Hungary when the club came into existence, but now in Transylvania. The team play at the Dr Constantin Radulescu Stadium, named after a former manager who was one of the most influencial figures in the history of the club.