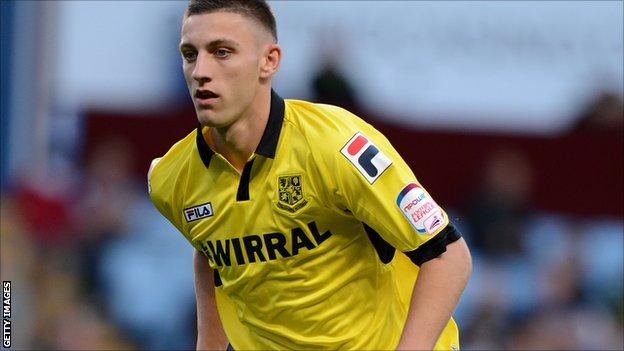 A Holmes strike from 18 yards put Rovers ahead before the hosts levelled via a fine low shot from Josh Simpson.

Crawley went ahead with a volley from Kyle McFadzean before Cassidy's header.

Tranmere made it 3-2 via Akpa Akpro's close-range effort before Cassidy punished a poor Crawley back pass and Robinson scored on the break for 5-2.

It was the fourth goal that killed off the challenge from a spirited Crawley side while Cassidy also went close to his hat-trick with a late strike that hit the crossbar.

The result means Tranmere retain their position at the top of the table with Ronnie Moore's side holding a three-point lead over Notts County.