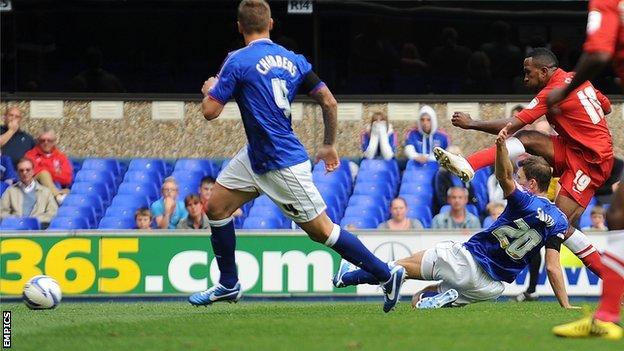 The mounting pressure on Ipswich boss Paul Jewell increased when his side were booed off by home fans after being beaten by Charlton at Portman Road.

Johnnie Jackson fired in to put the Addicks ahead early in the second half.

Massimo Luongo was punished for giving the ball away when a Charlton counter-attack ended with Ricardo Fuller drilling in a shot.

Ipswich striker Nathan Ellington blazed over late on but the home fans made their feelings clear at the final whistle as their side were left languishing second from bottom of the Championship.

It was a fourth loss in seven league outings for Town so far this season.

Ipswich were not helped by strikers Paul Taylor and Michael Chopra being out injured as Charlton boss Chris Powell handed a first start to forward Fuller.

Following a first half of rare chances, it did not take long for a goal to come in the second period when Jackson put Charlton ahead after a cross from the left.

Fuller compounded Ipswich's misery when he scored after Luongo had lost possession and, despite Scotland's goal, Ipswich could not find a way back.