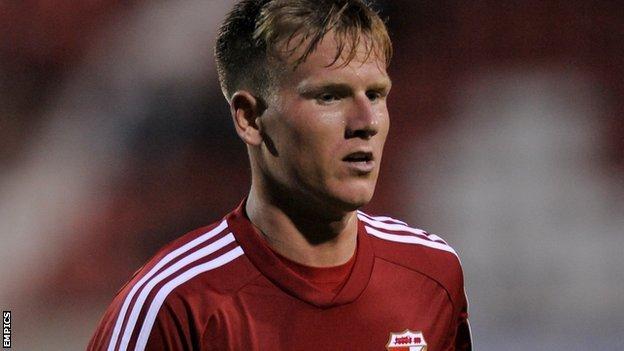 Swindon climbed up to fifth in League One with a comprehensive victory over Bournemouth at the County Ground.

Matt Ritchie opened the scoring with a fine long-range strike that found the top corner of the net before Andy Williams' header made it 2-0.

Ritchie then grabbed his second and Swindon's third with a long-range free-kick that again went in the top corner.

Williams hit the post for Swindon before Adam Rooney completed the rout from inside the box.

"I think you do learn one or two things about players and that's not nice but that's the facts.

"Previous performances have shown that we've created chances but not taken them. We haven't got enough points on the board for the performances. We haven't handled the intensity, the physical side of it and the bravery to play.

"You can understand the fans frustration. Who wants to travel and watch a team get beat like that? Nobody."