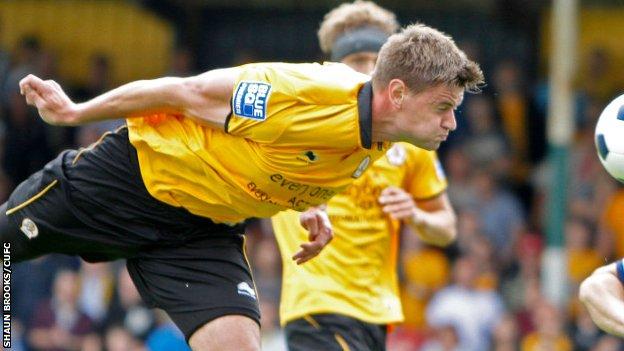 Cambridge United striker Sam Smith has been ordered to rest after being concussed in Saturday's 3-3 draw with AFC Telford United.

The 22-year-old, signed from Lincoln in August, was taken to hospital after a clash of heads during stoppage time.

Smith needed stitches in a cut but a club statement said he was "released from hospital with no fractures and will suffer no long-term damage".

He has been told to take the week off before returning to training.