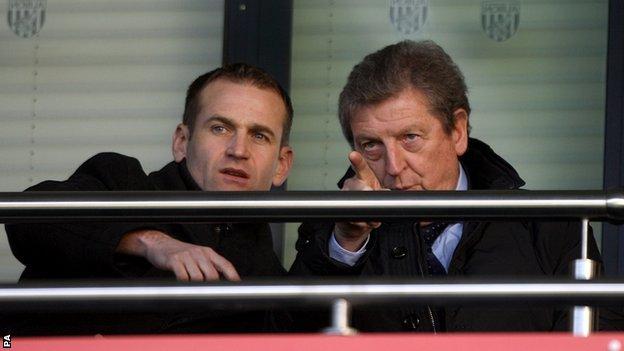 The Football Association has appointed West Brom's sporting and technical director Dan Ashworth to the role of director of elite development.

Ashworth, 41, will remain in his current position until next summer before taking up his new post.

"Working within the national set-up has always been a lifelong ambition," said Ashworth.

"To do so at a time when the future of the game has never looked brighter is an exciting challenge."

Ashworth is the second West Brom official to leave The Hawthorns for the FA in the space of four months following Roy Hodgson's appointment to England manager.

He will be based at the FA's new National Football Centre at St George's Park and joins the organisation following ex-England defender Gareth Southgate's departure from the role in July.

Working with director of football development Sir Trevor Brooking, Ashworth will be involved with developing the country's elite talent but not working specifically with the England senior or Under-21 teams.

Ashworth will manage the FA's coach education team and ensure that the facilities at St George's Park are used efficiently.

Before Ashworth takes up his role, Albion chairman Jeremy Pearce said the 41-year-old will assist the club in identifying his successor and integrating his replacement into the role.

The former Norwich and Wisbech player, who spent a season at Peterborough as their academy director, will also work with national coaches of the Under-16 and Under-21 squads and lead the new women's elite performance unit.

Ashworth, who has a Uefa pro licence, left his role as Cambridge United's centre of excellence director to join Albion in 2004.

He took charge of the club's youth team later that year before being seconded to the role of sporting and technical director in December 2007 - a role which was made permanent seven months later.