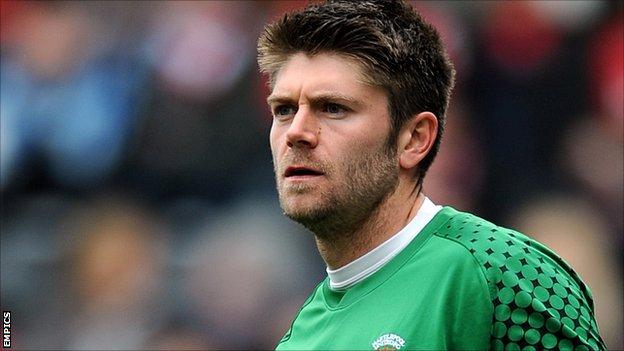 The Cherries peppered the Hartlepool goal with 16 shots, but were limited to just one goal by the 26-year-old.

"He's a fantastic goalkeeper, he's got it to play at a higher level," Cooper told BBC Tees.

"He gives a calmness to the back four, he's not scared to come and get balls and he's a great shotstopper."

Cooper added: "I'm delighted to have him as my goalkeeper."

Pools are yet to record a win away from home this season, starting with a 5-0 Capital One Cup defeat by Crewe in their season's opener.

They follow up Saturday's visit to Bournemouth with another away game - a trip across the Pennines to face Preston on Tuesday.

"We won't be the way we like to play at home, but at Bournemouth and Preston with the quality of players we have to see who's fit on Monday," Cooper said.

"We don't have the biggest of squads, but to bring on three players like Bournemouth did today must be fantastic.

"But we'll go with what we've got and keep battling on."