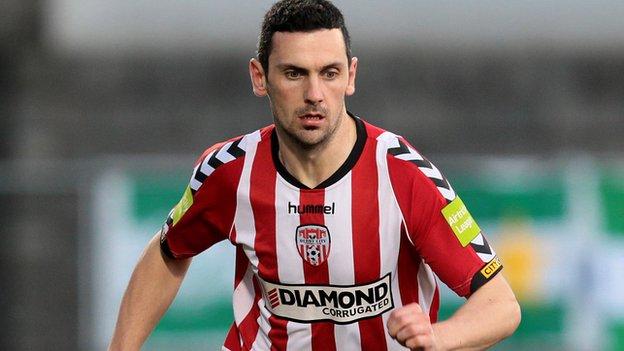 Derry City will take on Shelbourne at the Brandywell in the semi-finals of the FAI Ford Cup on 7 October.

City progressed to the last four after a 7-1 rout of Mervue United, with Mark Farren bagging a hat-trick to become the record scorer for the Candystripes.

Dundalk will face St Patrick's Athletic or Drogheda United in the other semi-final on the same date.