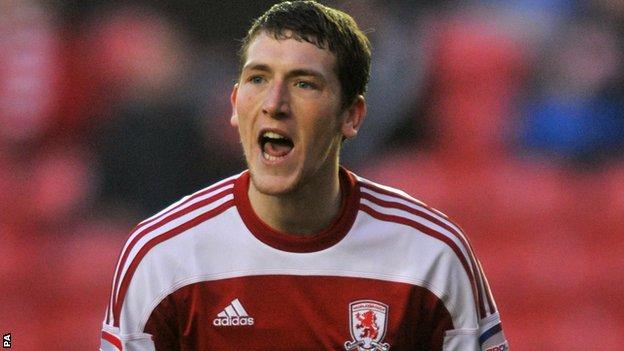 Young midfielder Richard Smallwood earned Middlesbrough a place in the fourth round of the Capital One Cup.

The 21-year-old ended Preston's hopes of a shock after Jack King had brought the League One side back into the game.

Middlesbrough, showing 11 changes to the side that beat Blackburn in the Championship last Friday, went two up inside 18 minutes thanks to Emmanuel Ledesma and Merouane Zemmama.

King pulled one back for Graham Westley's side before Smallwood struck.

North End beat Championship sides Huddersfield and Crystal Palace to reach this stage of the competition.

But Middlesbrough, who had knocked out League Two side Gillingham in the last round, proved too strong as a trio of defensive errors put out Preston in the third round for the fourth year running.

Both Ledesma and Andrew Halliday claimed to have scored Boro's opener, with the Argentine's inswinging corner striking the far post and rolling over the line before Halliday made sure by bundling in.

Five minutes later, Preston allowed Zemmama far too much time to shoot into the bottom corner from 25 yards, but the hosts pulled one back through King's smart finish.

"For long spells we were good, we controlled the game and got our just rewards. The pitch stood up well and in cup games it's about getting through and into the next round.

"We got the job done and we could have scored a few more goals when we were breaking away. I'm pleased with them all, they all applied themselves.

"We move onto the weekend now."

"We were unlocked by a very good quality side. Does it scare me to think we need to compete at that level if we get promotion? No.

"We produced good performances and results against Crystal Palace and Huddersfield, and Middlesbrough were the best of the three we've faced.

"I'm sure if they don't get promotion to the Premier League they'll come very close to it."