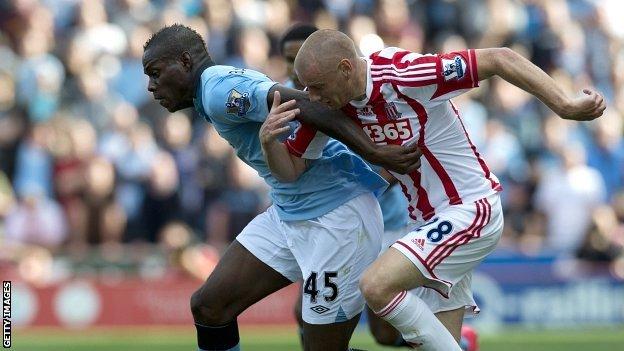 The off-the-ball incident, which occurred during Saturday's 1-1 draw between the clubs, was unseen by match officials but caught on video.

The pair had been shadowing each other all afternoon, with Balotelli going down after one particular clash.

Referee Mark Clattenburg spoke to the players, but decided to take no action.

Video replays during the game did not suggest anything serious had occurred.

But a Football Association independent disciplinary panel decided Wilkinson had a case to answer.

The 28-year-old had until 18:00 BST on Wednesday to respond to the charge, but decided not to contest it.

He will miss Saturday's trip to Chelsea, the visit of Swansea on 29 September and the 7 October meeting with Liverpool at Anfield.