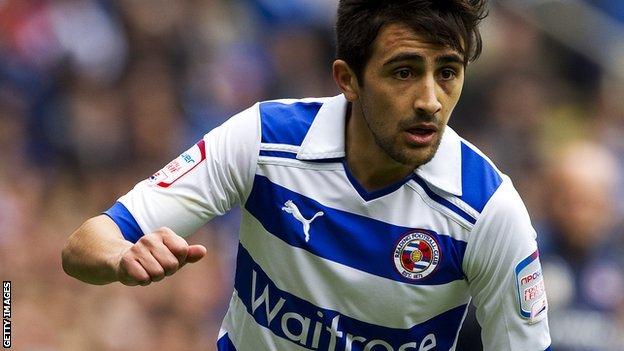 Reading midfielder Jem Karacan has signed a new contract that will keep him at the Madejski Stadium until 2015.

The 23-year-old joined the Royals academy in 2003 and has made 136 first-team appearances for the club.

"We've been in negotiations for a little while so it's nice to put pen to paper," Karacan told the club website.

"I've always wanted to become a first-team regular and I've managed to do that - to come through the ranks has been brilliant."

Reading manager Brian McDermott said: "We are delighted that Jem has committed to us, he's been an integral part of what we've been trying to do.

"He's a great lad who is very much one of our own and we're really pleased that he has signed a new deal."