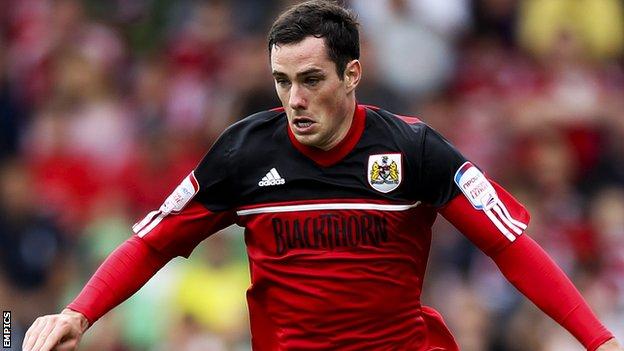 Bristol City defender Greg Cunningham has been ruled out for two months with an ankle injury.

The Republic of Ireland left-back, 21, was carried off in Tuesday's 2-1 win over Peterborough following a heavy tackle from striker Tyrone Barnett.

City initially feared Cunningham had damaged ligaments but scans revealed he had ruptured his tendon.

Cole Skuse suffered a less severe ankle injury in the same game and will be out for weeks rather than months.

The midfielder, 26, clashed with Nathaniel Mendez-Laing and was taken off with stud wounds.