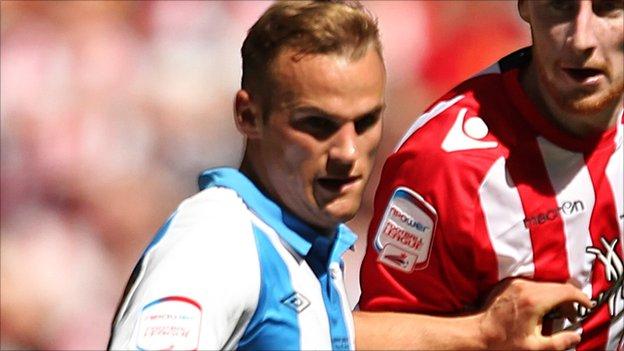 The 23-year-old joined the Terriers from Falkirk in January, and has played seven first-team games.

Higginbotham started out at Rochdale, making 79 appearances in between loan spells at Accrington, before a move to the Bairns in July 2010.

He also made seven outings for Barnsley on loan last season, but returned to feature in Town's play-off bid.

United also added Watford's Joe Garner to their squad on Tuesday, and he started his second spell with the club against Crewe that same evening.