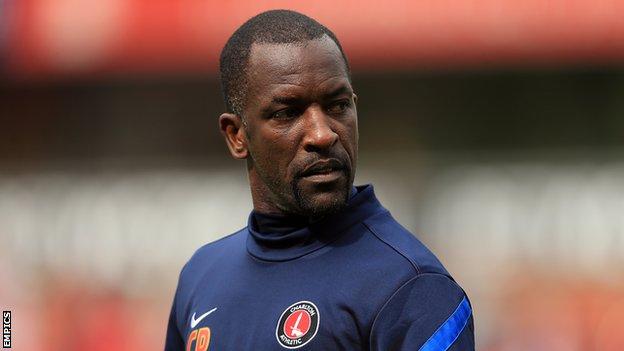 Charlton Athletic manager Chris Powell says his side must build on their late display against Derby County.

The Addicks trailed 3-0 shortly after the hour-mark but scored two goals in the last 20 minutes to lose 3-2.

He told BBC London 94.9: "Our season has got to be built on that 25 minutes, with more intensity to our play.

"Beforehand we were passive and I didn't recognise some of the decisions we were making. It wasn't befitting of a team I've been in charge of."

The League One champions lie in the bottom three in the fledgling table having picked up five points from their first six games of the season.

"People will look at us as underdogs [with] a lack of Championship knowledge," Powell added.

"I know for a fact those players in the dressing room can do our club justice if they perform how they did then.

"We've nicked some good results this year but we've lost our last three and people will be thinking we are going to struggle.

"But if we perform as we did in the last 25 minutes then things will turn sooner rather than later.

"We need to sustain that and do it for longer periods."