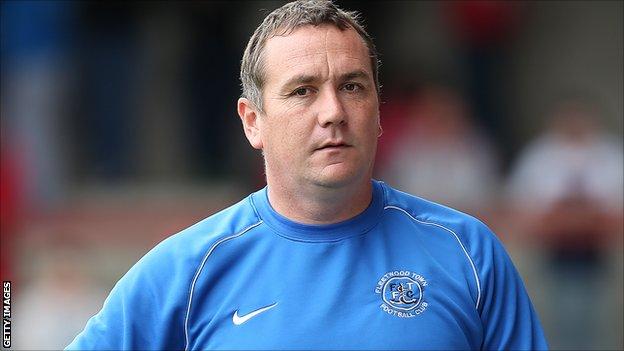 Micky Mellon believes Fleetwood were made to pay for their Football League inexperience by Port Vale on Tuesday.

Mellon's side had won four games in a row before losing 5-2 at home to Vale.

Mellon told BBC Radio Lancashire: "We knew we would come up against sides that were more streetwise than us and made better decisions.

"I don't want to stand here and say we haven't come up against a very good side, who punished us for everything that we didn't get right."

He continued: "We always knew that we were a work in progress. We never thought that we were the finished product by a long way.

"We'll let the dust settle, learn from what's happened and go through where we think we could have done better."

After picking up just one point from their first two matches in League Two, Blue Square Bet Premier champions Fleetwood had reeled off four consecutive league victories and kept three clean sheets in the process.

But the Cod Army were unable to stop free-scoring Vale, who kept up the pressure on leaders Gillingham with a stunning win at Highbury.

"Their two wide players and front two caused us untold problems and I don't think we dealt with that threat for most of the evening," added Mellon, who chose to rest defender Youl Mawene for Tuesday's game.

"But we created a lot of good opportunities and I think we could have had a bit of a cricket score at one stage.

"It wasn't to be and we've lost the three points."