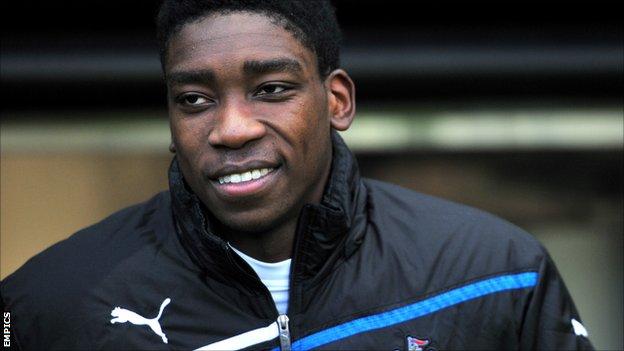 Sammy Ameobi is keen to use Newcastle United's Europa League campaign as a chance to impress manager Alan Pardew with a view to a first-team place.

The 20-year-old winger was named in the squad for Thursday's trip to Maritimo after completing the full 90 minutes of the reserves draw with Sunderland.

Ameobi told BBC Newcastle: "I'm going to Portugal with the intention to play.

"Hopefully Alan's seen what I can do and will hopefully give me an opportunity to play."

Ameobi continued: "We've got a few great players coming through and I'm really looking forward to the next few months."

Tuesday's 2-2 reserves draw with Sunderland on home soil was Ameobi's first full outing of the season on his return to fitness following a hamstring injury.

And with the Magpies squad tested by European and domestic commitments, Pardew has already reassured his squad they will be required to step up.

"It's a dream actually [returning to Newcastle action], I've been looking forward to this for a long time - getting back to playing especially at St James' Park - which is where I want to be really," Ameobi added.

"It's a real pleasure to be back and I'm looking forward to getting more games out here.

"Obviously because there's a big flux of games coming up, so they're going to need all the help they can get and I'm hopefully there to take my chance."