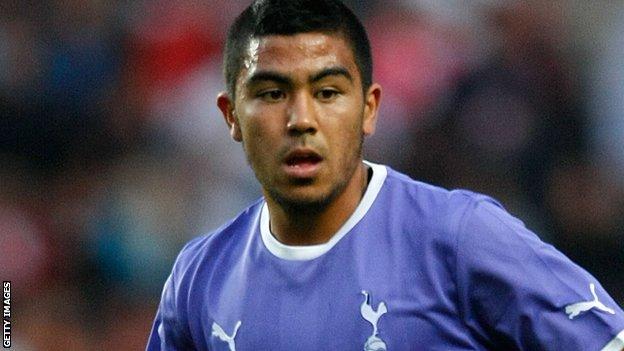 Ipswich midfielder Massimo Luongo believes the club have "nothing to worry about" despite a disappointing start to the season.

The Suffolk club are currently second bottom of the Championship, with five points from their opening five games.

"I hadn't even looked at the league table - I didn't know where we were.

"There's plenty of time, there's nothing to worry about at the moment - 10 games to go then you should start worrying," he told BBC Radio Suffolk.

"The Championship is a tough league but all we need is a run and once we get started, I think we'll be alright."

Luongo, who will be 20 next week, is on a season-long loan at Portman Road from Tottenham.

He has already impressed Town boss Paul Jewell with his performances so far, but was rested for last Saturday's 2-0 defeat by Middlesbrough after featuring in nine successive matches, including pre-season friendlies, since arriving at the club.

The Championship is a tough league but all we need is a run and once we get started, I think we'll be alright

"Towards the end of the last game before the international break I was feeling it a lot - but the break did me good," he said.

Having scored in last month's Capital One Cup defeat by Carlisle, the Australian is looking forward to breaking his duck in the league.

"They say I'm a defensive midfielder, but of course I like to get forward - I get a bit bored sometimes," he said.

"I need a goal, the Carlisle game was ages ago."

Tottenham have been keeping tabs on his progress at Ipswich, with calls from assistant first-team coach Tim Sherwood and head of player development Chris Ramsey.

"They've called a couple of times, mainly to see if I'm happy. That's all that matters if I'm happy and enjoying it," added Luongo.

"As long as I'm playing, I'm happy, you can't ask for more than first-team football."